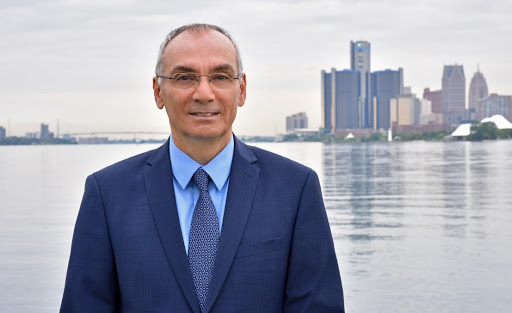 Growing up in South Lebanon, Abed enjoyed village life with a close-knit extended family. However, all of that changed when the country erupted in a civil war that lasted many years. As Abed entered college age, his parents grew concerned for the family’s safety so they sent him and one of his five siblings to France to attend college and the rest of the family fled the war to North America.

After obtaining their U.S. Green Cards, Abed’s parents and younger siblings settled in Michigan. While in France, Abed earned a bachelor’s degree in civil engineering and a master’s degree in mechanical engineering. He started working for a French company until his immigration papers came in, and he was able to join his family in the United States where they all worked in their family-owned gas station. Abed’s parents and their six children built the family business by working endless hours tirelessly while all the children attended school. Like many immigrant families, success was their only option, and Abed’s parents instilled values in each of the children that would follow them for a lifetime: education and excellence.

Although he had already earned two college degrees in France, Abed went on to earn a master’s in business administration (MBA) and a juris doctorate (JD), both from Wayne State University. Abed graduated with a law degree in 1995, around the same time he became a US citizen. After experiencing the chaos and uncertainty of civil war in his youth, Abed wanted to dedicate his career to justice in his new country.

Not forgetting the tight-knit community of his youth, Abed has a deep commitment to community service. Abed has been active in both the political and legal arenas for decades. He is the founder of the Arab American Political Action Committee (AAPAC), a group which seeks to highlight and address critical issues affecting the Arab American Community. Abed has been involved in other civic and community organizations, and he sits on the Judicial Qualifications Committee of the Michigan Bar.

Abed is married to Mona Hammoud, a Vice President at PNC Bank, and together they have two grown sons, Mustapha and Mazen, who work in the engineering and cyber risk consulting fields respectively.